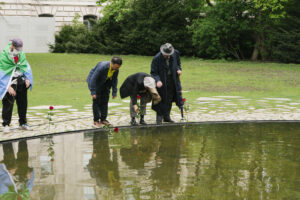 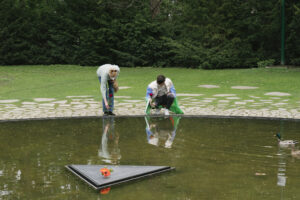 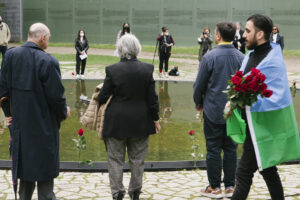 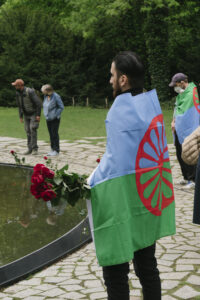 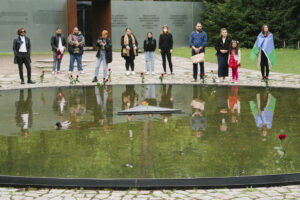 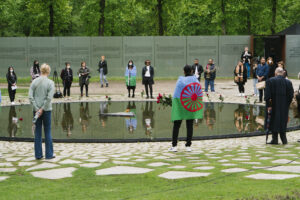 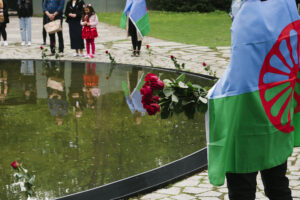 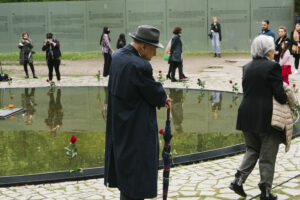 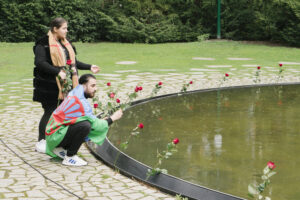 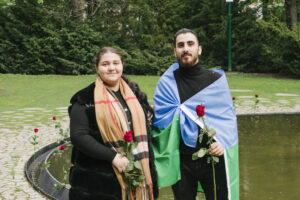 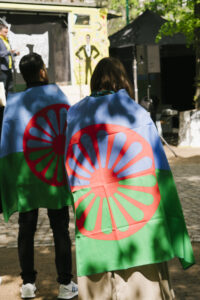 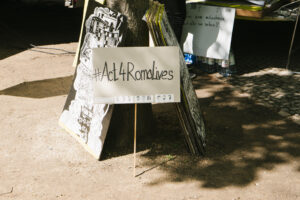 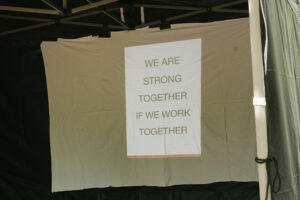 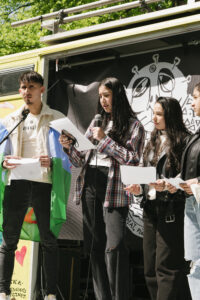 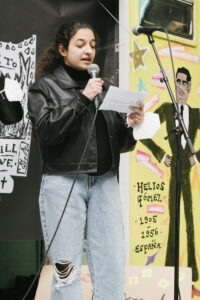 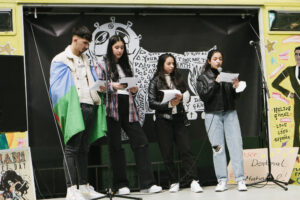 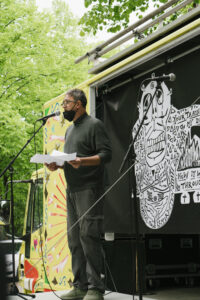 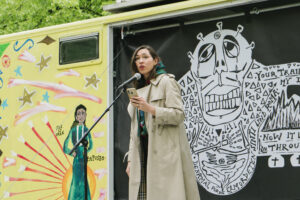 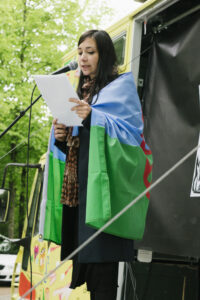 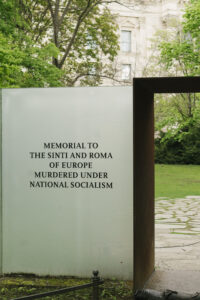 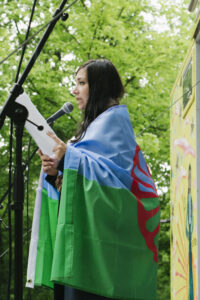 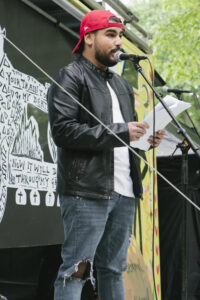 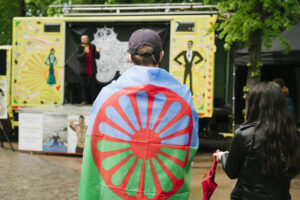 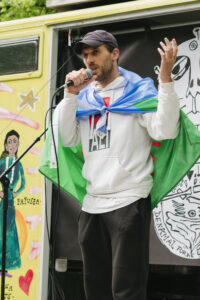 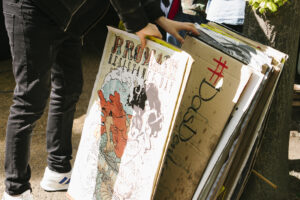 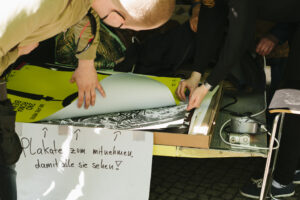 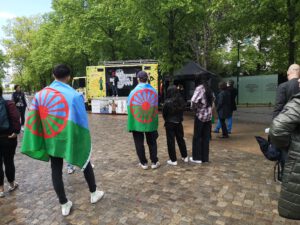 On 16th May, we remember the uprising of the Romani people in the so-called “Gypsy Family Camp” of Auschwitz-Birkenau and celebrate their strength to resist the Nazi regime – despite the seemingly hopeless conditions and exhaustion. On 16th May 1944, the SS decided to close the camp and murder all inmates in gas chambers. But the inmates seized improvised weapons and barricaded themselves in their barracks.

The SS, presumably fearing a mass uprising throughout the concentration camp, called off the operation. A few weeks later, about 3,000 strong men and women were transported to other camps before another attempt was made to “liquidate” the camp on 2nd August 1944. Thanks to this unique act of resistance, many lives were saved. Even today, many Roma, Black, Muslim, queer communities and People of Colour, especially women, have to show courage and resilience every day to fight against the system of oppression.

Especially for people who experience intersectional discrimination, the struggle for their self-determination and existence is ongoing. In the second phase, the Biennale explores different perspectives of resistance and resilience.