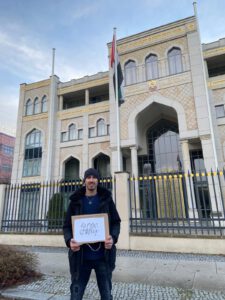 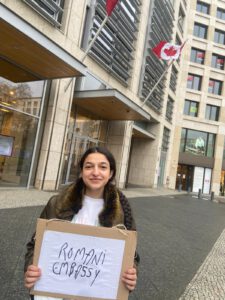 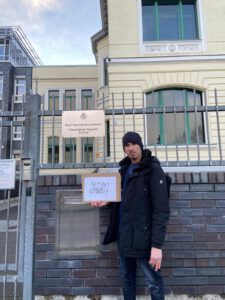 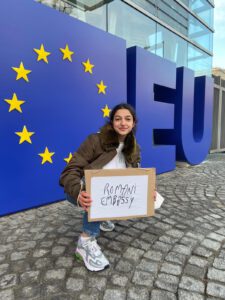 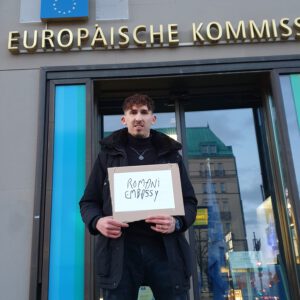 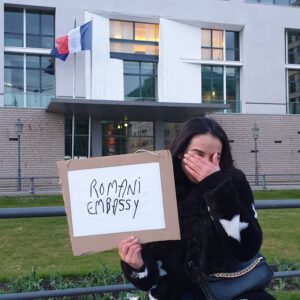 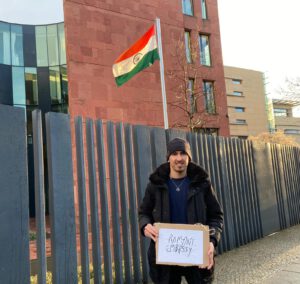 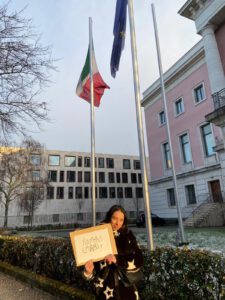 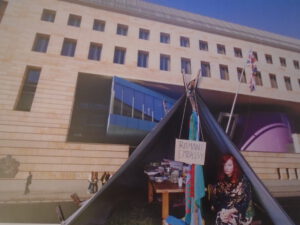 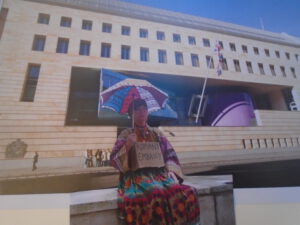 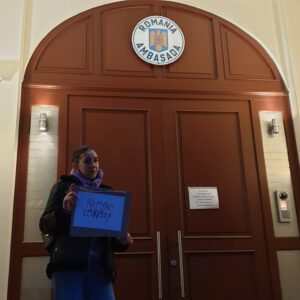 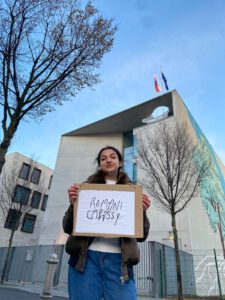 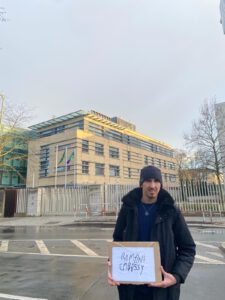 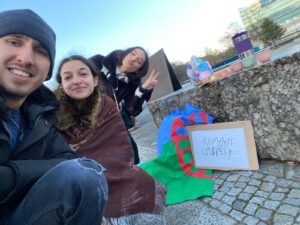 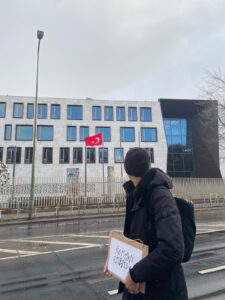 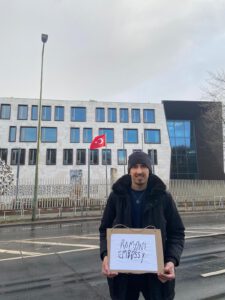 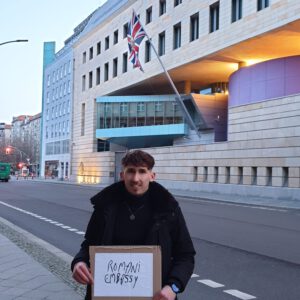 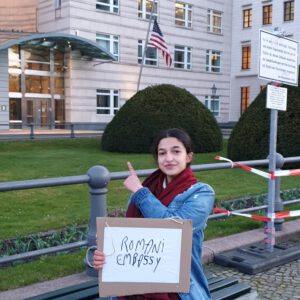 Romani Embassy context relating to Aboriginal Embassy for We Are Here! Roma Biennale 2021“Like many moments in history, few could have imagined the impact of the Tent Embassy or its enduring legacy when it was first established on the lawn of Parliament House in Canberra, Australia Day 1972.” Larissa Behrendt – Foreward The Aboriginal Tent Embassy – Sovereignty, Black Power, Land Rights and the State. Edited by Gary Foley, Andrew Schaap and Edwina Howell.

Romani Embassy was a response to the lack of will shown across Europe towards Roma, Gypsies and Travellers. The everyday exclusions, the institutional racism, the segregation that still continues while still having to listen to the empty rhetoric of diversity and inclusion that still excludes most Roma, Gypsies and Travellers. As an artwork, artistic intervention Romani Embassy was inspired by the Aboriginal Embassy which next year celebrates its own 50th Anniversary.

The first day of the Aboriginal Embassy with a beach umbrella and hand painted signs outside Parliament House in Canberra on 27th January 1972 stood Billy Craigie, Burt Williams, Michael Anderson,Tony Corey. The Aboriginal Embassy was part of a long history of political consciousness that had been growing for decades from the 1920’s. So this 50 year time line has much resonance with the Romani Embassy and the International Romani Congress and the growth of political consciousness within the Roma, Gypsy and Traveller communities across Europe which will be able to be viewed via Live Streams on Roma Day this year but also highlighting that there is much that still needs to change and how much work there is still to do.

Without wearing rose tinted glasses Romani Embassy looks critically to what has happened in the last 50 years since the International Romani Congress took place in 1971. We know that much has changed but the pandemic in particular has highlighted that across Europe the situation for many Roma, Gypsies and Travellers and so many others not only in Europe but across the planet has been a struggle to even cope in the everyday to be able to access running water when the advice from Governments has been continually to clean and wash your hands, an impossibility when you do not have access to the most basic essential of running or even clean water to do so. There are no Embassies for the disenfranchised, those that slip between the cracks, those escaping from war zones.

The Romani Embassy is for all of those who have no where to go to for help and there are many, they are not the few. Societies inequalities are growing and the divide between those who have and those who do not grow wider everyday. Governments and Institutions everywhere need to address their current and ongoing practices of exclusion, their knee jerk reactions for short periods of time to look like they are doing something in the short term but when nothing really changes must be addressed.

Romani Embassy is a silent call, a cardboard sign on a piece of string, a poster, a call for action to try and make a difference for all who have no where to run to for safety, for basic care, for the human rights that every person on this planet deserves to have.